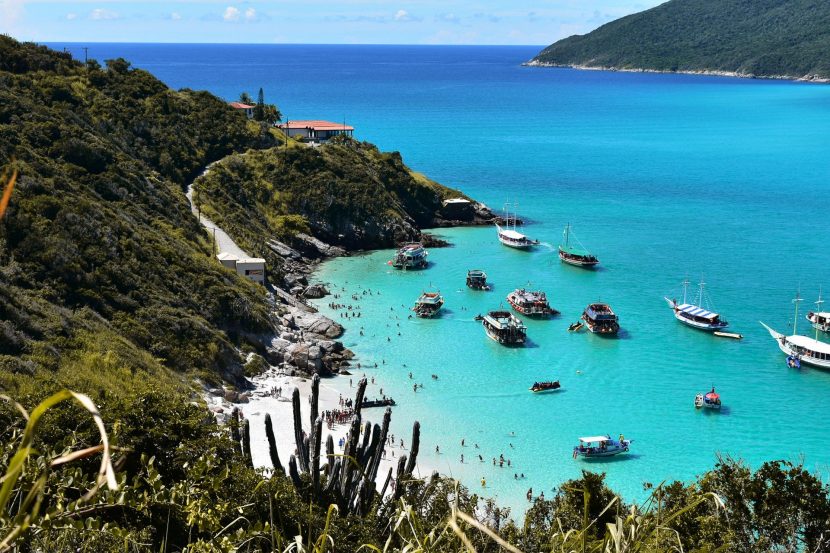 Brazil – officially the Federative Republic of Brazil – is the largest country in South America and the region of Latin America, being the fifth largest in the world in territorial area (equivalent to 47% of South American territory), after Russia, Canada, China and the United States, and the third largest in America, with a total area of 8,515,767,049 km², including 55,455 km² of water, and with a population of more than 215 million inhabitants. Consisting of 26 Federative units and one Federal District, its territory covers four time zones. It is the only country in America where the majority of the Portuguese language is spoken, in addition to being one of the most multicultural and ethnically diverse nations, due to the strong immigration from different parts of the world.