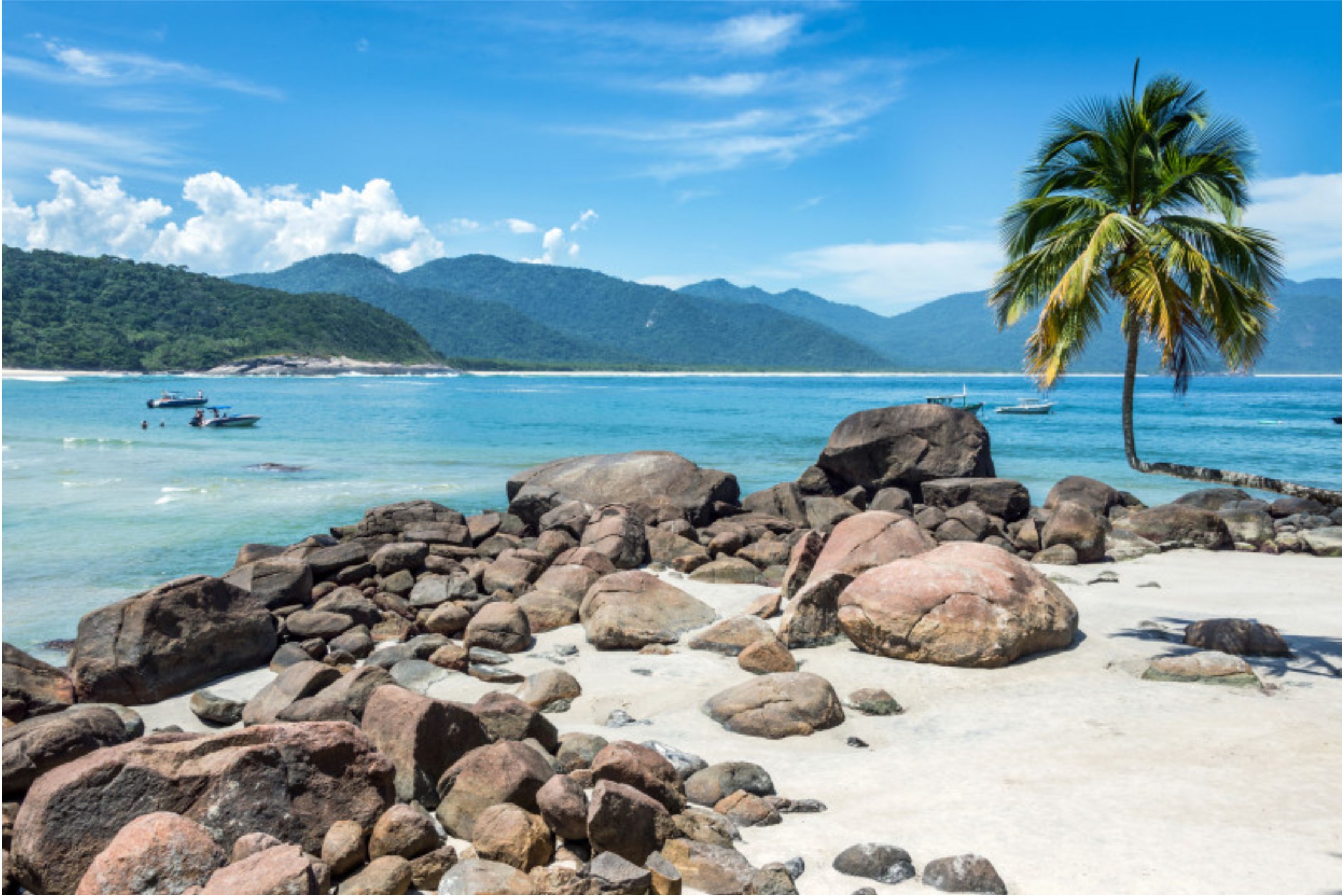 92% of the country is located between the Equator and the Tropic of Capricorn.

The climate varies from hot and dry in the arid interior to the humid tropical rainforests of the Amazon jungle. Coastal Brazil tends to be hot and sticky for most of the year but it can get cold in the south and in the mountains during the winter months. Rainy seasons occur from January to April in the north, April to July in the northeast and November to March in the Rio/São Paulo area.

Brazil’s climatic typology is very diverse. Its vast territorial expanse, allied with factors such as temperature, altitude, barometric pressure and proximity to the ocean, provide the country with climatic conditions to please everyone. It is one of the richest and most complex ecosystems in the world, with extremely diversified vegetation and landscape. Brazil is divided into climatic strips: 92% of the country is located between the Equator and the Tropic of Capricorn. Therefore, it can be said that the Brazilian climate is predominantly tropical, with equatorial and subtropical strips (temperate zones) distributed over the remaining 8% of the nation’s territory. The predominance of lower altitudes throughout the country provides more elevated temperatures, with averages exceeding 20ºC.

Now that you know more about our climate, choose the temperature you find most pleasant and come and fall in love with the beauty Brazil has to offer its visitors. 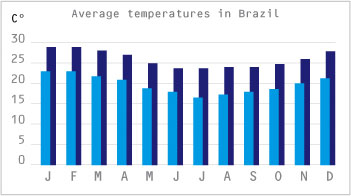