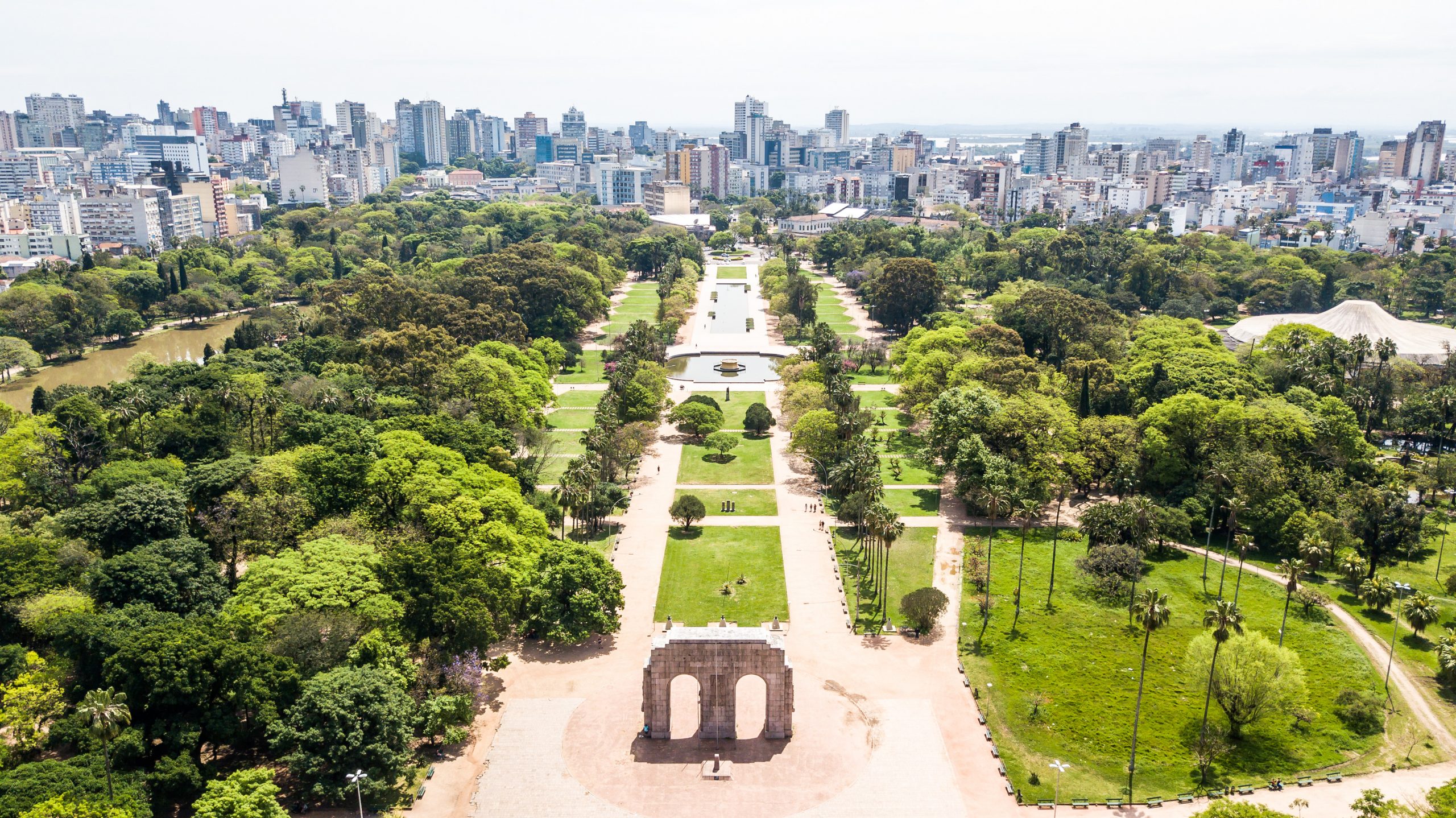 The three states in the temperate South: Paraná , Rio Grande do Sul, and Santa Catarina-cover 577,214 square kilometres (222,864 sq mi), or 6.8% of the national territory. The population of the South in 1991 was 23.1 million, or 14% of the country’s total. The region is almost as densely settled as the Southeast, but the population is more concentrated along the coast. The major cities are Curitiba and Porto Alegre. The inhabitants of the South enjoy relatively high living standards. Because of its industry and agriculture, Paraná had the highest average income in 1994, US$ 3,674, while Santa Catarina, a land of small farmers and small industries, had slightly less, US$ 3,405. In addition to the Atlantic Forest and Araucaria moist forests, much of which were cleared in the post-World War II period, the southernmost portion of Brazil contains the Uruguayan savannah, which extends into Argentina and Uruguay. In 1982, 83.5% of the region had been altered by anthropic activity, with the highest level (89.7%) in Rio Grande do Sul, and the lowest (66.7%) in Santa Catarina. Agriculture–much of which, such as rice production, is carried out by small farmers-has high levels of productivity. There are also some important industries.